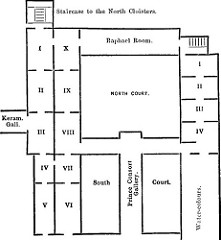 A retinoid is a chemical compound that shares a similarity with vitamin A. When used in a skin product, they alter the way and speed at which your skin grows. This isn’t to say that this is the only thing retinoids do. If you somehow managed to get it deep in your bones or muscle tissues you’d notice some interesting effects as well. Most retinoids are in some type of topical medium. The active ingredients in retinoids you might see listed are Adapalene (Differin) or Tretinoin (Retin-A). There are many others but these are just an example. Also, if you have looked into acne medication its certain that you’ve seen a product called Accutane. This is an oral retinoid (isotretinoin) that I will devote its own post to. I’m not going to delve into the heavy chemistry behind retinoids since its not really pertinent to this article.

So what happens when I start using retinoids? Well, the complete life cycle of a skin cell is somewhere in the neighborhood of a month. This time is from its creation in the base layer of your skin all the way to the top layer which is essentially dead cells. The top layer of your skin, called the stratum corneum, acts as a barrier to the outside world. It protects against the sun and bacteria and water etc. This layer is essentially dead tissue however, and eventually it falls off. Retinoids speed up this process dramatically. Instead of a month long cycle, your skin speeds up to something close to a week long cycle. One last interesting thing to note about retinoids is that they stimulate the collagen production in the skin. They actually help to smooth out skin by producing more connective tissue and will give it a younger look. Many people use retinoids for this reason alone. The anatomy heavy physiological explanation will be saved for another post.

Many people say when they start treatment on a retinoid they experience an initial breakout. This is generally accepted but the reasoning for this is still up in the air. Retinoids are known to have an inflammatory effect, this is fact. Also your skin is proliferating at 4x its normal speed. This means all of the cellular debris trapped below the skin and any unresolved comedones are going to be rocketed to the surface. If any of that debris and surface bacteria get clogged in one of those comedones you get the chance for a pimple. Couple this with the inflammatory effect of a retinoid and that initial breakout sounds justified. However, instead of being negative think of it like this. Instead of having 12 months of pimples in the future, your getting 2-3 months of them all coming at once.

Don’t despair as there are things you can do to help this initial breakout. Firstly, a topical or oral antibiotic will really help. This will keep the surface bacteria to a minimum so the likelihood of any comedones getting infected and turning into full blown pimples will be lessened. Secondly, invest in a good moisturizer. This absolutely needs to be non-comedogenic and oil free because what we don’t want is to add more pore clogging debris on the surface of your skin. The reasoning behind the moisturizer is that since our cells are proliferating so much faster, the actual number of layers of the protective skin on the surface shrinks. I personally used Differin for about a year and tested various moisturizers and found that a fairly cheap non-comedogenic like cetaphil worked best for me. However that is not to say there are others out there that might work equally as effective, but i’m a poor college student so this was optimal for me

After the initial breakout you should see that your acne will begin to decrease over time. For some people these topical retinoids are all they will ever need. However, sometimes they don’t work as well as we want them to or they begin to lose their effectiveness. For those of us that this happens to (myself included) there are other products out there that can help.

For more information about fighting acne and keeping your skin clear and healthy visit http://www.skinclearingremedy.com.