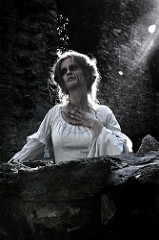 Autoimmune liver disease is also known as autoimmune hepatitis, and it affects peoples of different ethnic groups. The clinical signs and symptoms and outcome can vary from person to person. Some patients will respond better than others to treatment by medication.

Autoimmune hepatitis is a disease that causes your body’s immune system to attack cells in your liver. This will cause the liver to become inflamed. Seventy percent of people with autoimmune liver disease are female.

This disease is generally very serious, and it will get worse over time, if it’s not treated. It is a chronic disease, which means that it can go on for years, and it can lead to cirrhosis of the liver, and eventual liver failure.

Autoimmune hepatitis is classified as one of two types, 1 and 2. Type 1 is the one we most commonly see in North America. It generally starts in young adulthood, but can occur at any age. Some patients with type 1 hepatitis also have other diseases, including ulcerative colitis, Grave’s disease, thyroiditis and type 1 diabetes.

The immune system usually protects your body from bacteria, viruses and other harmful organisms. Normally it won’t react to your own cells, but sometimes it does – that response is known as autoimmunity. Researchers believe that drugs, toxins, viruses and bacteria can trigger an autoimmune response in people who are more likely to develop an autoimmune disorder. Often this is a genetic predisposition.

The people who have the advanced form of the disease are more likely to display symptoms that are usually related to other liver diseases, including mental confusion and a fluid buildup in the abdomen. Victims who are women may not have menstrual periods anymore.

The symptoms can each range from mild to quite severe. Your physician will run tests to determine if you have autoimmune liver disease, since the symptoms can mimic those of people with hepatitis that was caused by a drug. Your doctor will also review any medications you are currently on. He will make his diagnosis based on liver biopsy, blood tests and symptoms.

Autoimmune liver disease is controllable if it is caught early enough. Physicians will use medicines that will slow down your overactive immune system. Usually this involves treatment with prednisone. Initial treatments are high doses, and as the disease becomes controlled, the doses are lowered.

Remission occurs in roughly seventy percent of people treated, within three years. Some may see the disease return, and some will not. Their health should always be monitored, especially after treatments are stopped, to make sure the disease has not returned.

To learn about how to cure bad breath, bipolar 1 disorder and other information, visit the Knowledge Bin website.