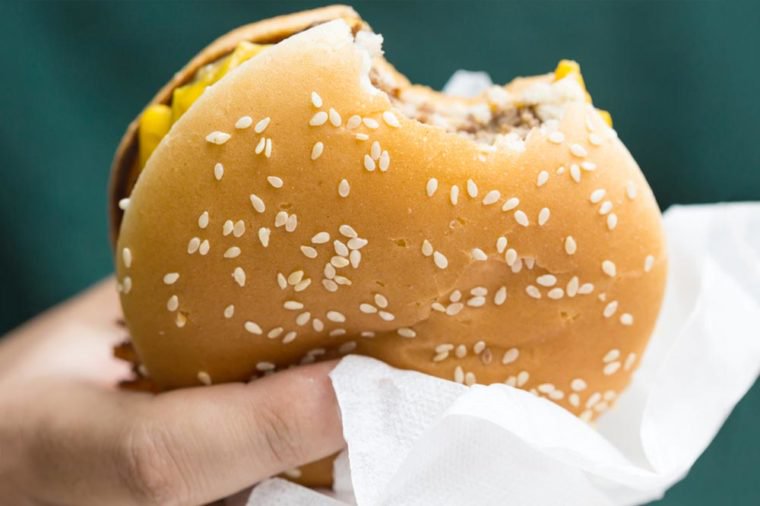 A recent report put 25 U.S. burger chains to the test over their policies for antibiotics use in their beef, and the results were grim. Only two scored A’s for their policies, while a whopping 22 got F’s.

The 88 percent that failed—including McDonald’s, Burger King, In-N-Out, and Carl’s Jr.—had no policies against antibiotics. Wendy’s got a not-as-awful D- because 15 percent of its beef comes from producers that are cutting down on the medically important antibiotic tylosin, according to the public interest organizations that graded the restaurants. A few chains (Steak ‘N’ Shake, Farmer Boys and Fuddruckers) had antibiotic-free options, but they weren’t automatic like in the burger joints that scored an A. Learn which fast food items nutritionists never eat.

But there were two shining stars in the restaurant industry: Shake Shack and BurgerFi. Both chains earned an A for serving only antibiotic-free beef in their burgers. If you’re concerned about your own meat, find out what grass-fed beef really means.

A primer on why we should worry about antibiotics: It’s not so much that eating them will do anything weird to your body, but the practice could be bad news for the future of healthcare.

Antibiotics kill off bacteria to ward off diseases, but a small amount of bacteria generally survives. Those “superbug” survivors have a gene that helped them resist, and they pass that survival gene along to their offspring. The more we give antibiotics, the more we kill the easy-to-target bacteria and leave the superbugs behind to spread their genes. Health experts fear that the more we over- and misuse antibiotics, the less effective those medications could be when we really need them.

By buying antibiotic-free beef in restaurants and at home, you’re doing your part in pressuring the industry to change and building a healthier world for everyone. Next, find out which fast food restaurant has a better reputation than Whole Foods.