At the health IT Summit in Seattle, industry leader Drex DeFord speaks of the need to “feel uncomfortable” in order to lead change

In his featured presentation at the Health IT Summit in Seattle, being held at the Grand Hyatt Hotel in downtown Seattle, and sponsored by Healthcare Informatics, healthcare IT industry leader Drex DeFord shared with attendees on Monday lessons learned from a professional lifetime innovating in IT. Speaking of lifelong learnings of lessons around leadership, DeFord, who has been an IT leader both on the military and civilian sides of healthcare, told his audience that sitting in discomfort, and getting others to sit in discomfort, is not only a good thing; it is in fact essential to creating innovation. In other words, as DeFord put it to his audience, “It’s time to embrace your inner weirdo.”

DeFord, president of the consulting firm Drexio Digital Health, delivered a presentation entitled “Relentless Innovation: Everything I Know About Innovation Was On Display at Burning Man,” sharing insights across decades of experience in the armed services and in the healthcare industry, encouraging his audience of healthcare executives to take risks and upset the accepted order of things in order to push for clinical and operational transformation in healthcare. He spoke from four decades of experience, beginning when he enlisted in the Air Force as “a farm kid from Indiana,” through to his pursuing first an undergraduate degree, and then resigning as a commissioned Air Force officer, pursuing a master’s degree in informatics, becoming a healthcare IT leader in the Air Force, and eventually a CIO in civilian hospitals, including Scripps Health in San Diego (three years), Children’s Hospital Seattle (three-and-a-half years), and Steward Health in Massachusetts (14 months), and then into consulting. 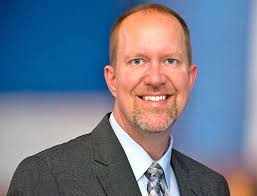 At every turn in his career, DeFord made unexpected choices, even choices criticized by others at the time, for their being too unusual. And, dipping deeply into his own personal narrative, DeFord told his audience, making unexpected choices has been true of his thought processes from the very beginning. “I came from a very big extended family,” he told his audience. “I was an only child, but had tons of cousins on both sides of my family. And I was a farm kid from Indiana—and one of the first even to graduate from high school. And I wanted to go to college, but didn’t have any money, so I enlisted in the Air Force; and that was a weirdo thing to do in my farm community. Then I found that I was unusual in the military for not coming from a military background,” he recalled.

DeFord further broke molds by pursuing a civilian undergraduate college after his time as an enlisted member of the Air Force, and coming back as a commissioned officer, whereas most Air Force officers had gone to the Air Force Academy or entered through the ROTC in undergraduate college. Next, he ended up, following service in Desert Shield/Desert Storm, in an Air Force hospital, in the IT department. That, too, was seen as an unusual choice; but it opened up new horizons for him. “We built web pages before web pages were a thing. And we were beta testers for Mosaic. And we deployed the first EHR [electronic health record] in the DoD. That was a weirdo thing, too.” Next, DeFord decided to pursue a master’s degree. And, he said, “That’s much more normal now, but at the time I did it, I got pounded for being a weirdo for getting a master’s degree from a university health informatics program.” But he found the experience—at the University of Alabama-Birmingham, in healthcare informatics—to be precisely what he needed to move to integrate certain types of formal learning into the healthcare IT experience he had already obtained.

The advances in and availability of data from disparate sources create new opportunities and frontiers in care coordination for complex patients. These can range from mobile health/Internet of…

At this point, DeFord paused to note that, “While I’ve been a weirdo across my entire career, one of the things I discovered in the Air Force is that I was allowed to be a weirdo in certain areas, as long as I showed massive compliance to other norms. My uniform was always pressed, my shoes were always shined, I blew away the physical fitness test every time. And I found out that it was OK to be a weirdo if you got stuff done.”

Next, he recounted, as he was graduating from the UAB health informatics program, he got a call from Jackie Morgan, M.D., a flight surgeon, a colonel, and the surgeon general of that Air Force region, who ran the health informatics program for that southern-U.S. region. Col. Morgan had to fight to get DeFord named to that director position, as he was a captain, and the position’s description was tagged to the lieutenant colonel rank; but, he recalled, she felt he was just the right person for the position. And, in that position, he said, “I came up with the idea that we should take money from the hospitals, pool it, and create centralized IT systems. Sounds logical, right? But at the time, we got a lot of grief for it, and that generated a lot of frenzy, and at one point, the Air Force Surgeon General, the top guy, had to get involved, and Jackie Morgan said, you’re going to have to present what you’re doing, ‘cause it’s got everyone in a tizzy.” But DeFord’s presentation to a cadre of senior officers turned out to be so successful that the Air Force Surgeon General determined that that model should be implemented Air Force-wide, and the AFSG asked him to come to Washington, D.C. and help his colleagues implement the plan across the Air Force.

Once again, DeFord made an unexpected decision, asking first to work at an Air Force hospital on the front lines, in order to fully understand the implications of the implementation plan. “What would a weirdo do? I said, ‘No, I want to eat this dog food!’” he shared with his audience. Thus, he spent 23 months at Travis Air Force Base, which had the Air Force’s second-largest medical center, and then after that time, moved to Air Force Command in Washington, D.C. as chief technology for Air Force Health (a global enterprise spanning 78 hospitals).

Following his time in the Air Force, DeFord then spent over a decade in civilian hospital organizations—Scripps Health, Seattle Children’s, Steward Health in Massachusetts; and after a brief time helping to establish a vendor platform, has been happily and successfully consulting for the past three-and-a-half years.

Looking back at the trajectory of his career, DeFord told his audience, “In the end, I decided that the best thing to me was to embrace ‘weirdness.’” Indeed, to put that statement into context, he said this: “The folks in this room who have worked with me have heard me say this many, many times: ultimately, a good part of being an innovator is being comfortable with your uncomfortableness. There are a lot of weird aspects now to our industry. All this stuff that is happening right now with telehealth; all this with disruptive entrants in healthcare. I spent a lot of time working as a consultant, working with the Cedars-Sinai Accelerator, for example. It’s a really uncomfortable industry to work in. Every day, some new thing is going on,” he said.

DeFord also spoke about the collaborative innovation he saw firsthand at the Burning Man festival in the desert this summer, in which participants work for the greater good, and come up with innovative ways to solve in-the-moment group effort challenges.

Following his presentation, DeFord spoke one-on-one with Healthcare Informatics Editor-in-Chief Mark Hagland. Below are excerpts from that interview.

Things are moving forward so fast now. What would your message be to CIOs and CMIOs at this moment in healthcare, as they’re being asked more and more to become change leaders, not just technology experts?

A lot of it just boils down to, don’t be afraid of change. You’re probably already very involved, as the CIO in your organization, in seeing the change coming. You see the customer experience in lots of different organizations, and then you go back to your own organization and have to roll your eyes at the unwillingness to change. So, don’t be afraid to change. I think we’re moving into a time where 75-80 percent of the CIO’s job now is the people and process part, no longer the technology part. How do I help people understand where the organization should go, strategically speaking? And help people figure out what the underlying problem is, and help them realize that it involves process change?  Unfortunately, often, you wind up with CIOs who have fallen into the rut of being CTOs who are so overwhelmed by the day-to-day technology issues that they are marginalized and are no longer at the big table.

How do you light a fire under CIOs, to help them become true change leaders in their organizations, in that context?

If you’re not in the right position, you may need to think about whether you need to stay. You may be in an organization where you’re always going to be marginalized, if you started out in a particular role and are viewed that way. And if you move, make sure you’re perceived correctly. We’ve gone from this model of business and clinical people coming up with their business and clinical strategies, and IT’s job is to make it go faster; but we’re moving to a situation where the CIOs are at the table to begin with. That becomes a big part of the job, and that makes other people uncomfortable.

One of the biggest challenges, which industry leaders have been talking about for years now, is the shift in the role of the CIO from being a technology manager to needing to become a true strategic leader in the patient care organization.

Yes. The strategic need now is about the people and process stuff, and about the business and clinical model we should be creating. Where do we compete and not compete? It’s about organizational strategy. The movement from fee-for-service payment to value-based care is a game-changer, and is definitely happening, and will continue. The only question is at what speed, and a lot of that will depend on who’s in office, etc. But we’re going there. We’re talking about it in terms of the CIO role, but we also need the CFO and all the other leaders thinking strategically about how to create better care for patients and families. If you have an army of people who think like that in your organization, you’ll end up being the acquirer, not the acquired.