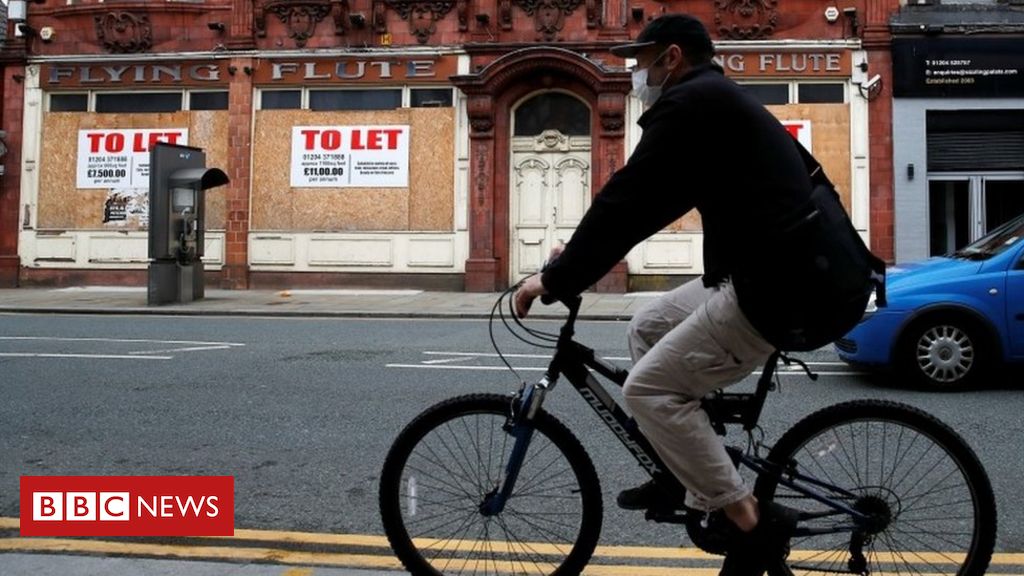 A Covid spike in Bolton and Trafford has prompted council bosses to ask for restrictions to remain in place, a day before they were due to be lifted.

Tighter rules were introduced in July in Greater Manchester and parts of Yorkshire after concerns the virus was being spread between households.

Bolton currently has one of the highest rates of new virus cases per 100,000 residents in England.

Its council said it had made the decision “with a heavy heart”.

On Friday, the government said measures banning people from different households from meeting indoors or private gardens would be lifted in Bolton, Stockport, Trafford, Burnley, Hyndburn and parts of Bradford, Calderdale and Kirklees.

But Bolton Council said the “unforeseen spike” in the local infection rate means restrictions should remain in place “until further notice”.

Bolton has recorded 170 new cases in the week to 29 August, up from 53 the week before, meaning it has one of the highest rates in England at 59 new cases per 100,000 residents.

The decision would also mean certain businesses, including those offering close-contact services, will not reopen as planned.

Bolton council leader David Greenhalgh said: “It is with a heavy heart that [we] have come to this decision and this will be incredibly disappointing for both residents and business owners.

“We urged the government to lift Bolton out of the additional restrictions at a time when infection rates were low. This was the right decision at the time.

“However, there has been a sudden and unforeseeable rise in the number of coronavirus cases in Bolton.

“We have always been led by the data, which means we have no choice but to act quickly to keep everyone safe.”

The council said new cases in Bolton were spread across the borough and not limited to a single area, community or place of work.

Infections between different households appear to be the main cause of the spike, with people aged 18-49 representing the overwhelming majority of new cases, it said.

Meanwhile, Trafford recorded its highest seven-day infection rate since the end of July when the additional restrictions were imposed.

Council leader Andrew Western had previously argued lifting restrictions there would be “premature” and the government had ignored the advice of local public health officials.

In a letter to the health secretary, he accused the government of causing “chaos and confusion” over the easing of lockdown measures in the borough.

He said Trafford has a “significantly” higher rate of cases than other Greater Manchester boroughs who are not due to see restrictions relaxed.

Mr Western has called for an “urgent update”, saying “the people of Trafford deserve better”.

Greater Manchester Combined Authority (GMCA), which is made up of the 10 Greater Manchester councils and mayor Andy Burnham, has called on the government to agree on an exit strategy from the local restrictions on household gatherings.

“It is clear that more targeted, hyper-local door-to-door action is more effective than broad geographical restrictions,” said a GMCA spokesperson.

“As soon as practically and safely possible, we want to see the whole of Greater Manchester coming back into line with the rest of country but with funding to provide enhanced local interventions where they are needed.

“However, before that is in place, it is accepted that the restrictions will need to continue in eight boroughs in the short term.”

A Department of Health and Social Care spokesperson said: “We are working closely with leaders and local authorities across Greater Manchester and Lancashire in response to the changing situation and we keep all local restrictions under constant consideration.”