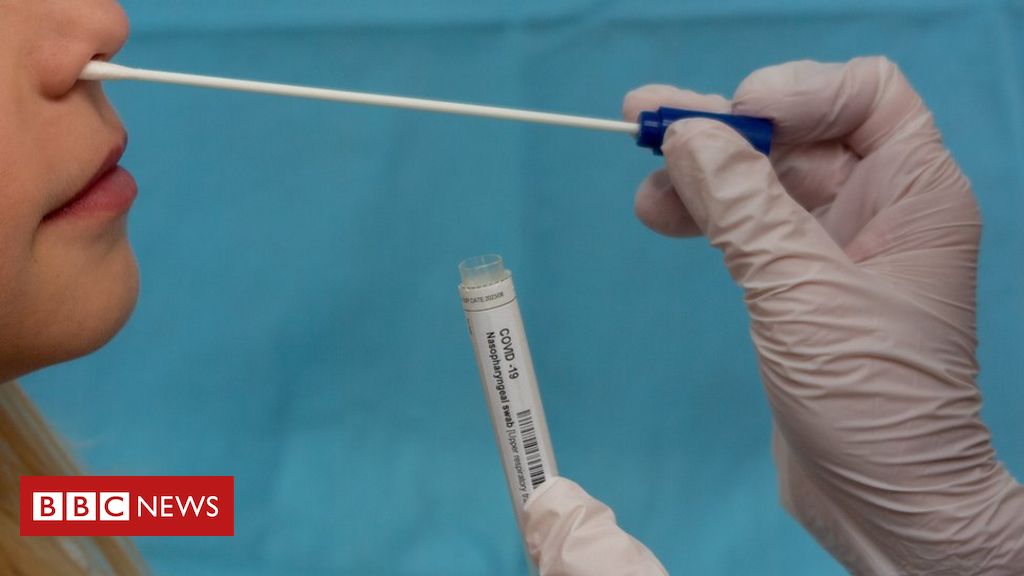 Only 28% of tests carried out in these venues came back in 24 hours in the week up to 16 September.

That is down from one in three last week, and two in three the week before, NHS Test and Trace said.

Just over 5% of tests took more than three days to turn around. It comes as the government is struggling to increase lab capacity to process tests.

Access to community testing has had to be rationed because the network of five Lighthouse Labs, which process tests done in the community, are struggling to keep up with demand.

The opening of a sixth lab in Newport has been delayed from August.

The government said that lab and a seventh in Loughborough would be open by next month, helping to double lab capacity to 500,000 by the end of October.

There are three types of community testing centres – drive-thrus, walk-ins and mobile units that are deployed to hotspot areas.

Turnaround times for kits posted out to care homes and people’s private homes improved, however. The government has been prioritising care homes for testing in recent weeks amid the shortage of tests.

Testing carried out in hospitals is processed by their own labs, and nine in 10 test results are provided in 24 hours.

The weekly data released by NHS Test and Trace also includes figures for the performance of contact tracers.

They obtained contact details for 77,500 close contacts of people who had tested positive, reaching three-quarters of them to ask them to self-isolate.

The data shows over the past two weeks more than 200,000 children under nine have been tested – nearly three times more than were tested the two weeks before that, suggesting the return to school did lead to an increase in this age group seeking tests. Less than 1% tested positive.

Baroness Harding added: “We continue to work tirelessly to build our testing capacity to meet this and our target of 500,000 tests a day, building our lab network and testing sites across the country.”

Meanwhile, people living in England and Wales are being urged to download the government’s contact-tracing app following its official release.

NHS Covid-19 instructs users to self-isolate for 14 days if it detects they were nearby someone who has the virus.

It also has a check-in scanner to alert owners if a venue they have visited is found to be an outbreak hotspot.

Anyone aged 16 and over is being asked to install the app on to their smartphone.