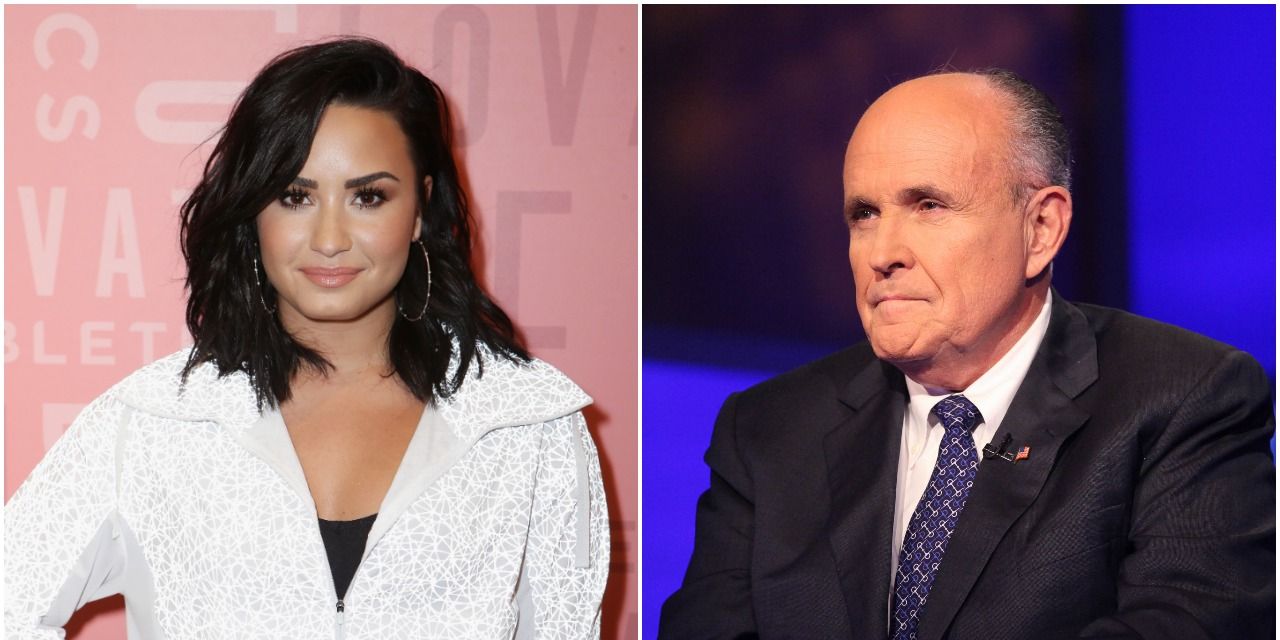 Soooooooooo, in case you missed it (doubtful), photos from a Borat 2 scene made their way around the internet yesterday, featuring Rudy Giuliani in a, uh, seemingly compromising position. Basically, Giuliani seemed to have his hands down his pants in front of actress Maria Bakalova, who plays Borat’s daughter in the film.

Giuliani released an explanation on Twitter, part of which read “The Borat video is a complete fabrication. I was tucking in my shirt after taking off the recording equipment. At no time before, during, or after the interview was I ever inappropriate. If Sacha Baron Cohen implies otherwise he is a stone-cold liar.”

Cool, but the general reaction to that was still along the lines of this:

And even Demi Lovato weighed in, asking Giuliani in a tweet, “So you normally drink with reporters, follow them to the bedroom and then lie on the bed and let her take off your mic for you? I guess I’ve been doin my interviews all wrong…”

In conclusion, we have yet another reason to stan Demi Lovato.