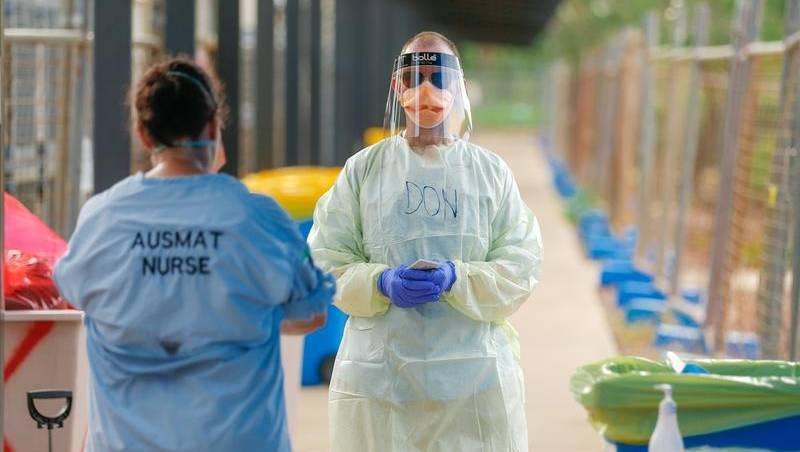 * The Australian government “abandoned” a resident to die of coronavirus in India, says his daughter who also claims her pleas to bring him home were ignored.

* The father of Sydney woman Sonali Ralhan died on Wednesday, days after the Australian government banned flights from India and announced anyone – including citizens – who attempted to defy the new rules would be hit with fines of up to $ 66,600 or five years in prison, or both.

* Foreign Affairs Minister Marise Payne has extended her sympathies to the family.

* The Northern Territory’s Howard Springs quarantine facility will receive 500 of the most urgent and vulnerable cases from India when flights resume on May 15.

* Most are likely to have mild symptoms but others will require specialist care at Royal Darwin Hospital, which can only handle three to four positive cases.

* The first flight will have about 150 people aboard, with about 10 per cent expected to be positive (despite pre-flight testing).

* A Senate inquiry has been told there are 173 Australian children in India separated from their parents, who are desperate to reunite on home soil. Qantas does not allow children to fly unaccompanied.

* Sydneysiders are being urged to wear masks and adhere to other restrictions without cancelling Mother’s Day plans.

* Restrictions will remain in place until at least the end of the weekend and include compulsory masks on public transport and a 20-person cap on indoor gatherings.

* More than 60,000 SMS messages have been sent by Victorian authorities to people arriving from Sydney since 30 April instructing that they check exposure site listings linked to two recent NSW community cases.

* New Zealand has extended its suspension of quarantine-free travel until midnight on Sunday, when it will restore regular travel links. The country enacted the travel pause on Thursday in response to a two new community cases of COVID-19 in Sydney.

* Australia reported no new locally acquired virus cases on Saturday. There were nine new overseas-acquired cases: Six in NSW, two in Queensland, one in Victoria.

Data current as of 1730 AEST on May 8, taking in federal and state/territory government updates and Johns Hopkins Coronavirus Resource Centre figures.