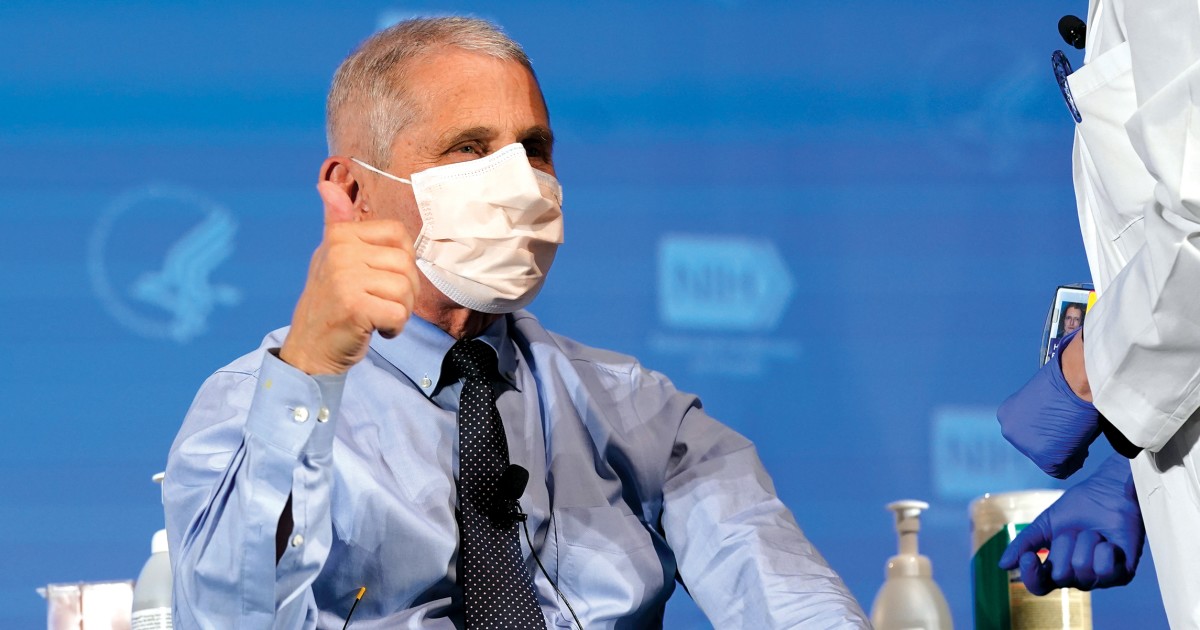 The “most likely” origin for COVID-19 is in nature in the absence of any recent “concrete evidence” supporting the Wuhan lab leak hypothesis, according to President Joe Biden’s chief medical adviser.

Dr. Anthony Fauci, who is the director of the National Institute of Allergy and Infectious Diseases, made the comments following a new report contending that some top officials in the Biden administration now view the accidental lab escape theory as being at least as plausible as the notion that it emerged in a natural transfer from animals to humans.

Fauci repeatedly cited an early July scientific paper that argued in favor of zoonosis and largely dismissed the lab leak hypothesis as he told CNN’s Jim Acosta on Saturday that his thinking on the coronavirus’s origins has not changed.

“I keep an open mind and say that we should consider all possibilities until we definitively prove one,” he said. “But I, together with many highly qualified vaccinologists, and virologists, I mean, including a recent paper by 21 internationally renowned virologists and evolutionary biologists from all over the world indicate that, although we keep an open mind that it’s possible that it could be, as they say, a lab leak, that the most likely explanation is a natural evolution from an animal reservoir to a human. Once you say that, which I believe is the more likely, you’ve gotta make sure you emphasize that you still keep an open mind for all possibilities, including the lab leak.”

Fauci cited that paper again, adding: “I rely on people like that who have great experience in this — that’s what they do every single day — who again, are open-minded in saying it’s conceivable that you may have had a lab leak. So, you’ve gotta keep an open mind of all possibilities. But they feel that the more likely explanation is a mutual evolution from an animal host to a human.”

A CNN report published on Friday contended that top officials in Biden’s administration overseeing an intelligence review of the coronavirus’s origins view the Wuhan lab leak theory to be as credible as the one about natural emergence.

“There has been a shift in their point of view,” one anonymous source said in the report.

When asked by Acosta about evidence in favor of the lab leak, Fauci took a somewhat dismissive tone.

“There’s been a lot of attention paid to it. A lot of tweeting. A lot of editorializing. I haven’t seen any concrete evidence that would make you feel that anything over the last couple of months that’s new makes you think it’s more likely to be that,” Fauci said. “Again, having said that, we want to keep an open mind that that is a possibility. But I have not seen anything new in the form of compelling evidence that would make me feel more strongly in that direction.”

The paper cited by Fauci, titled The Origins of SARS-CoV-2: A Critical Review, argues in favor of the natural hypothesis and against a lab leak.

“As for the vast majority of human viruses, the most parsimonious explanation for the origin of SARS-CoV-2 is a zoonotic event. … We contend that there is a substantial body of scientific evidence supporting a zoonotic origin for SARS-COV-2,” a group of scientists wrote. “While the possibility of a laboratory accident cannot be entirely dismissed, and may be near impossible to falsify, this conduit for emergence is highly unlikely. … The suspicion that SARS-CoV-2 might have a laboratory origin stems from the coincidence that it was first detected in a city that houses a major virological laboratory that studies coronaviruses.”

Richard Ebright, a chemical biologist at Rutgers University, told the Washington Examiner that the paper cited by Fauci “contains no new information and no new analysis” and contended the paper’s authors “provide no such evidence” of a natural origin.

Emails show Fauci appeared to provide guidance to scientists who pushed back against the lab leak hypothesis in early 2020, and he shared articles with reporters and other health officials that critiqued the possibility that COVID-19 may have escaped from a Chinese government lab. When a reporter reached out about COVID-19’s origins in April 2020, Fauci shared three sources that argued in favor of a natural origin for COVID-19.

The first article shared by Fauci, which he appeared to have given some sort of input on before it was published, was a piece in Nature by Kristian Andersen, Andrew Rambaut, Edward Holmes, and Robert Garry — who signed on to the new July paper as well. The March 2020 piece argued in favor of COVID-19’s origin being a “zoonotic event” and would be widely cited to dismiss the lab leak hypothesis. The article contended that “it is improbable that SARS-CoV-2 emerged through laboratory manipulation of a related SARS-CoV-like coronavirus.”

A State Department fact sheet released in January contended Wuhan lab researchers “conducted experiments involving RaTG13, the bat coronavirus identified by the WIV in January 2020 as its closest sample to SARS-CoV-2 (96.2% similar)” and that the lab “has a published record of conducting ‘gain-of-function’ research to engineer chimeric viruses.” The fact sheet also asserted the lab “engaged in classified research, including laboratory animal experiments, on behalf of the Chinese military” and that lab workers became sick with coronavirus-like symptoms in autumn 2019.

The U.S. intelligence community said at least one of its 18 agencies is leaning toward the lab leak hypothesis. In May, Biden ordered all of the spy agencies to “redouble” their investigative efforts.

Fauci indicated in a late June letter obtained by the Washington Examiner that he had not scrutinized everything that the United States knows about the sick Wuhan lab researchers.

“I am aware of unconfirmed reports of illness in WIV personnel,” Fauci said. “I do not have in my possession, nor do I have access to, any of the non-public information, including the intelligence data, that address this point.”

The U.S. and its allies are pinning their hopes on a second origins investigation in China on the World Health Organization. The first team’s report after its visit to Wuhan earlier this year essentially dismissed the lab leak hypothesis, calling it “extremely unlikely” while contending that a jump from animals to animals to humans was most likely. Meeting minutes from discussions between lab scientists and the WHO-China team reveal lab leak concerns were referred to as “conspiracy theories.”

Dr. Tedros Adhanom Ghebreyesus, the director-general of the WHO, said Thursday that one challenge for understanding COVID-19’s origins was China failing to provide access to the raw data from the early days of the outbreak, and another problem was that the lab leak hypothesis was not being taken seriously enough.

“There was a premature push to, you know, especially reduce one of the options, like the lab theory,” Tedros said.

On the same day, China‘s foreign ministry spokesperson said, “Since the beginning of the epidemic, China has taken a scientific, professional, serious and responsible attitude in tracing the origins of the virus.”

Peter Daszak, a longtime collaborator with the Wuhan Institute of Virology who steered hundreds of thousands of dollars in National Institutes of Health funding to the Chinese lab, was part of the first WHO-China team. Daszak maintained a long working relationship with Wuhan’s “bat lady” Shi Zhengli, sending her at least $ 600,000 in NIH funding for bat coronavirus research.