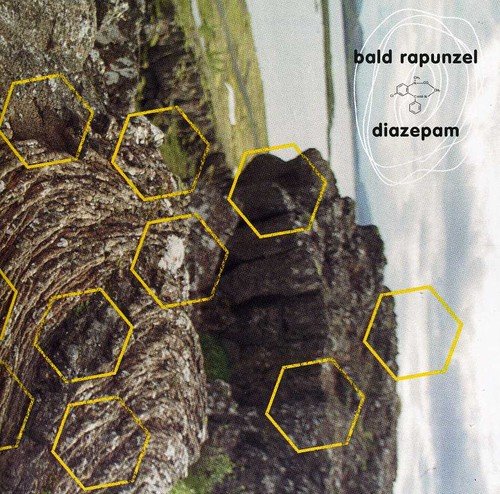 Long-time favorites in the Washington, D.C. area, Bald Rapunzel released their first studio album with Diazepam. As the title would suggest, Diazepam — which is the chemical name for Valium — has a very calming, sedate sound. Most of the group’s appeal comes from the shimmering vocals of lead singer Bonnie Schlegel. Schlegel’s talents are apparent on her haunting a cappella version of James Carr’s R&B classic “The Dark End of the Street.” Unfortunately, Schlegel’s vocals are lost amid the group’s math rock tendencies. Meandering instrumentals such as “Nova Scotia Burning” and the hopelessly pretentious “Casa Azure” are about as much fun as an algebra equation. Bald Rapunzel would be much better off if they left their calculators at home and let Schlegel’s soul shine through. ~ Jon Azpiri, All Music Guide