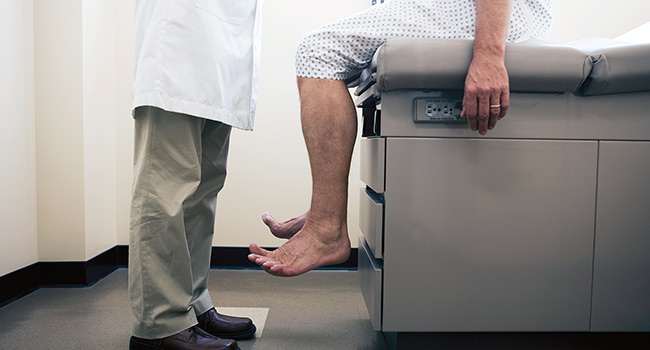 FRIDAY, May 29, 2020 (HealthDay News) — For men with advanced prostate cancer, a new hormone therapy pill works better than standard injections — and carries a much lower risk of heart attack or stroke, a clinical trial has found.

The drug, called relugolix, is not yet approved by the U.S. Food and Drug Administration. If it gets the green light, however, it would be “game-changing,” said Dr. Neal Shore, lead researcher on the trial.

Hormone therapy has long been a standard treatment for advanced prostate cancer — including cases where the tumor has spread beyond the prostate gland or recurred after treatment with surgery or radiation.

The goal is to suppress androgen hormones, including testosterone, because they fuel the growth of prostate tumors.

Right now, that’s usually done with injection drugs called LHRH agonists. The problem is that the drugs initially cause a surge in testosterone, before drastically cutting levels of the hormone. That surge can cause cancer-related symptoms, such as bone pain and urinary problems, to flare.

“It’s like having a race and telling people to first take 10 steps back, and then start running,” said Shore, medical director of the Carolina Urologic Research Center in Myrtle Beach, S.C.

Even more importantly, Shore said, it had a lower risk of cardiovascular “events” — defined as a heart attack, stroke or death from any cause.

Over 48 weeks, that risk was 54% lower among men given relugolix, versus a standard LHRH agonist called leuprolide.

“This drug pretty much checks all the boxes,” said Cance, who was not involved in the study.

More research is needed on the medication’s long-term performance, he noted. But if it’s approved, Cance said, it would likely be favored over LHRH agonists.

The findings are being published in the New England Journal of Medicine (NEJM), and simultaneously reported Friday at the virtual annual meeting of the American Society of Clinical Oncology.