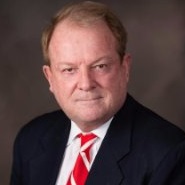 While I was on vacation, my mother and brother were taking turns checking on my house and bringing up the mail. My brother called three days into my trip, and told me that cat died. I said, “You can’t just drop that kind of news on someone. You have to work up to it gradually.”

“And how should I have done that?” He asked.

I said, “You start off slowly, maybe saying something like, ‘the cat got out and it climbed up the side of the house, and now the cat’s on to the roof, and it won’t come down. And you tried to get it down using a ladder, but the ladder was not long enough. Then you say you called the fire department, and a guy got hold of the cat, but the cat jumped out of his arms and died. See? You ease into it instead of just dumping the bad news.”

Two days later I called him again.  “How is everything going?”  I asked.

He was quiet for a few seconds, and said, “Mom’s on the roof, and she won’t come down.”

In this analogy, I am mom.

Having moved Portland, I had to change healthcare providers. My provider of choice back home was Penn Medicine, the Gold Standard of superb care. My new provider is a very, very large system that I won’t name.

I was originally going to write a post about this health system because of its efficiency. They have Six-Sigma’d everything. It runs like a Toyota factory. The premise of my original piece was to ask the question, ‘Is possible to make the healthcare experience so efficient and so machine-like to make a patient wish it was less effective?’

Can you engineer the digital patient experience of a health system to a point that it can actually degrade the patient’s experience? It is possible to take the humanity out of the care? In a very efficient system, does the patient simply become a number, like a part number in the Toyota factory?

Even prior to what happened at 10:54 last night, my conclusion would have been, yes. To borrow a line from Blazing Saddles, “Mongo only pawn in game of life.” To me, it felt like there was care — good care — but without caring. Had this health system gone too far? Was it possible to reengineer every business process to such a level that in doing so they eliminated the humanity? Short answer; yes.

December 8, 2002: I had a heart attack. My cardiologist at Penn Medicine called me his poster child for recovery. I became a health nut. I exercised six days a week. I did not eat anything that came in a box or a bag or a can. My resting heart rate was 60 beats per minute. I was even invited to be part of Penn’s Cardiovascular Institute — I think they needed someone to serve the coffee.

Back to Portland. I’ve been an avid runner since high school. I’ve always been able to run for hours. Late last fall I learned that I had a slight tear of my meniscus and a hairline fracture of my tibia. I stopped running for several months. I resumed running this April. I have tried to run 5-6 days a week since then. Last week, I told my new primary care doctor that I kept hitting a wall before I finished the first mile.

He listened to my heart. He listened long enough to have me concerned. “You have a heart murmur,” he said. And he ordered tests — an EKG, a chest x-ray, and an echocardiogram. In fairness, I should add, I am very impressed with him. If I could have hand-picked a PCP, I would have picked him.

Ever since Al Gore invented the Internet, we’ve all been there. The moment you sense something is out of sync with your health, you hit up Google, and self-diagnose. As a person who has had a heart attack, every time you feel the slightest twinge you become alarmed. It goes with the territory.

10:54 last night: “You have a new message from your healthcare provider.” The results of my echocardiogram were available less than 14 hours after the test. Very efficient. I’m sure the health system had spent a lot of money on consultants. The consultants had designed a way to eliminate every wasted second. They had also designed a way to eliminate the caring from the care.

I read the message at 10:56. “The reason that you are having trouble with your stamina is that your echocardiogram shows that the left side of your heart is enlarged.” That was the entire message. The message was very efficient. Just the facts. No extraneous words. No explanation of the implications of having an enlarged heart for someone with heart disease. No offer to ‘call me to discuss this.’ Nothing to tell me whether it was okay to run today.

“Mom’s on the roof and she won’t come down.”

10:58. Go directly to Google. Do not pass Go. Do not collect $ 200. Enter the search term, ‘enlarged heart.’ 71M hits. None of them were favorable enough to give me a good night’s sleep. I read the first 3 million results.

Cardiomegaly. The word itself is enough to keep you from sleeping. If having an enlarged heart was good news, they would not need to create a fancy word to disguise the problem. In the world of Google, by 11:04 I ascertained that the state of my health was somewhere between needing a heart transplant and being able to run a triathlon.

11:06: I am checking symptoms. Shortness of breath. Swelling of legs. Weight gain.

By 11:08 I am wondering why the message did not tell me to call my doctor.

By 11:09 I have placed my vial of nitroglycerine pills on my nightstand.