—
Insanely hot female body types have been written about in the media, despite the unrealistic and unhealthy means of achieving such a physique: Anorexia or Bulimia and plastic surgery, plus or minus one’s drug of abuse—cigarettes, Adderal (ADHD meds), or cocaine—to keep one thin. Yet we are displaying the disease on posters all over the country with a confusing message to girls about what it means to be a pretty woman.

The male version of that message is also there but in different ways. For us men, the ideal is more along the lines of The Rock, Hugh Jackman’s ‘Wolverine’ (whose deadlift max is a respectable 435 pounds, by the way) or Zac Efron’s recent ridiculously low body fat. It’s some combination of football player strength and size, with bodybuilder ready-for-a-show lack of fat. This is what it means to be a man in shape, so the media say.

I’m a medical doctor. What a load of bullshit for both sexes.

Let’s take Hugh Jackman’s physique for The Wolverine, circa 2013. The movie for which he was most cut and had been building that body from over a decade of X-Men. I have lifted for years, at some level hoping that in time I may approach my genetic potential along those lines. Then I found out how he worked out and what he lifted, and I cried.

For six months to get into ‘Wolverine’ shape, Jackman worked out for three hours a day, six days a week, and consumed 4,000-6,000 calories.

I was crushed. Previously, I had some swag walking into the gym knowing that my workouts were 60 to to 75 minutes, four to five times per week. But now? I’m not even close to Jackman’s mutant range. All this time, I’ve been grunting in the gym and then looking at myself in the mirror and comparing my gains to these shredded Wolverine pics, and wondering: “Why don’t I look like that yet? What am I doing wrong? Maybe I should be doing more HIIT, or Crossfit? Should I rub Rogaine on my cheeks for some sideburns?”

Let’s push aside the fluffer and get to a deeper, more honest place. At some level, I think if I look like that incredible body of (name your ideal body here), that I would be enough. Ripped enough, in shape enough, good enough. Good old shame. This isn’t about health. I’m within my target BMI, blood pressure, glucose, cholesterol; my health is fine. This isn’t even really about image. I know I look good, and most people tell me the same — except for this one girlfriend who would poke my belly and call the small amount of fat there, “cute.” Let’s just say she did not get a rose after that date.

I’m no victim. I’m an adult in charge of achieving what I want for my life, my dreams, including the vision of the body I pursue. I have a life with work and a daughter; I am not paid to bodybuild or prep for a movie. However, if anyone wants to throw cash at me to workout three hours a day, I would be willing to give it a shot. My contact info is below.

Right now, any ridic body is not realistic. That and I eat too many Chipotle burritos, pizza, and movie popcorn. Being honest.

But let’s also be honest about something else that makes this comparison a bad idea. Steroids, growth hormone and insulin–to build muscle. I’m not suggesting that the names above do those things, but are there fitness magazine cover models who aren’t natural? Duh. Let’s not forget the quick and easy ways to really stay thin, not named diet and cardio, like cigarette smoking, ADHD meds like Adderall and Ritalin, or cocaine. Have any actors ever used those in the history of film to get and stay skinny? Duh II, the return. Do I really want to compare myself and my regimen to that? Not to mention airbrushing, or not drinking water for one to two, so muscles pop, etc.

So, what should we do, instead? Well, first off, make sure you have a good goal for yourself. I like Peter Drucker’s SMART pneumonic, in which a good goal is Specific, Measurable, Attainable, Relevant, and on a Timetable. Attainable or realistic. Losing five pounds in a month is realistic. 30 pounds in 30 days for most people is not only unrealistic – in fact it’s dangerous. Looking like Wolverine? How about reducing my body fat percentage by 1% at a time within what is practical for my life.

Until I get the big call to play Maverick, Jr. in Top Gun 2, of course and get paid to lift for hours a day to prep.

Get the best stories from The Good Men Project delivered straight to your inbox, here.

Sign up for our Writing Prompts email to receive writing inspiration in your inbox twice per week. 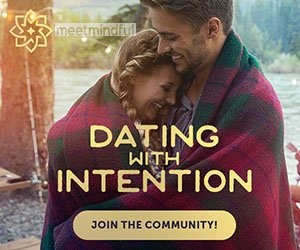