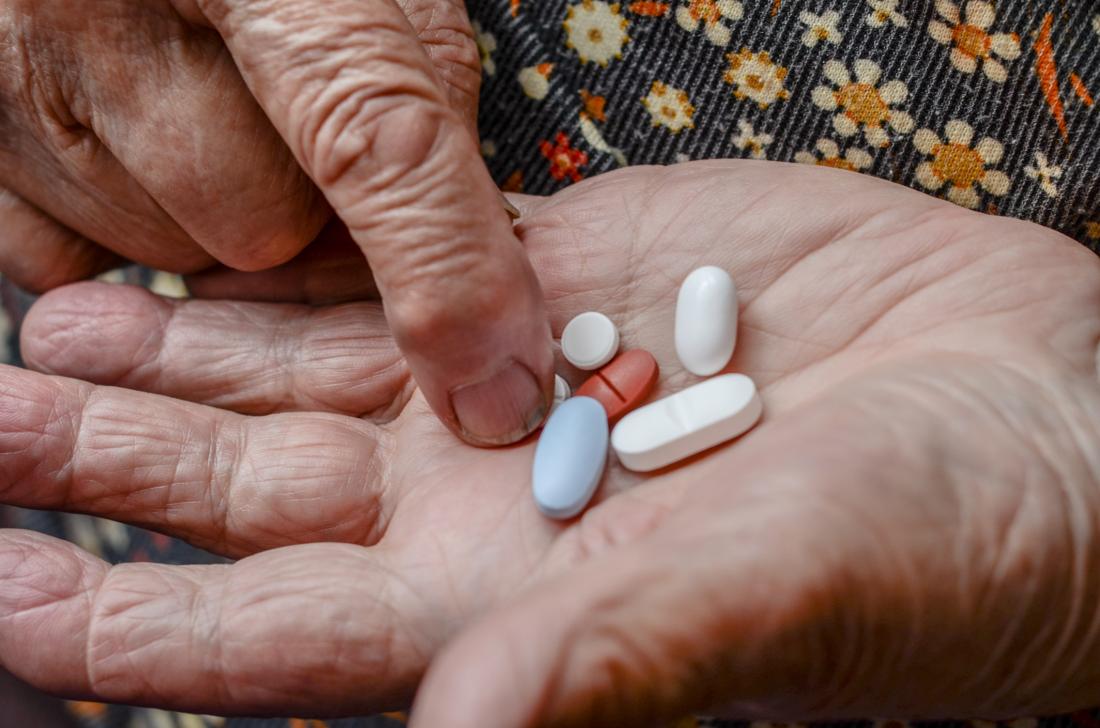 A new study tests out the potential of antidepressants to tackle dementia mechanisms in the brain.

According to data cited by the Alzheimer’s Association, 1 in 10 people aged 65 and over has Alzheimer’s disease, a form of dementia, characterized chiefly by memory loss, disorientation, and having trouble with normal daily activities.

For this reason, healthcare professionals may prescribe selective serotonin reuptake inhibitors (SSRIs) — a class of antidepressants — to individuals with dementia.

Recently, researchers from the University of Waterloo in Ontario, Canada, have found a surprising mechanism at play, namely that SSRIs appear to inhibit the growth of dementia-specific aggregates in the brain.

“These are promising findings for people with Alzheimer’s who are on SSRIs,” notes Prof. Praveen Nekkar Rao, one of the current study’s authors.

“These finding may not only highlight benefits for people with depression and Alzheimer’s but can also provide insights to serve as a guide to future drug development to treat the disease,” he suggests.

The research team reports the study’s results in the journal ACS Chemical Neuroscience.

A key mechanism of Alzheimer’s in the brain is the build-up of toxic plaques, made up of sticky beta-amyloid proteins that over-accumulate.

Beta-amyloid plaques interfere with the signals that neurons (brain cells) transmit to one another. This blocks information from circulating in the brain and contributes to the progression of dementia.

Current treatments for Alzheimer’s disease focus on managing its symptoms, but none, as yet, act on the underlying mechanism. Furthermore, developing new drugs for Alzheimer’s can be very costly and time-consuming.

That is why the University of Waterloo researchers wanted to find out if any existing drugs could be useful in treating dementia.

In the current study, Prof. Nekkar Rao and team looked at how SSRIs — specifically, fluvoxamine, fluoxetine, paroxetine, sertraline, and escitalopram — might affect beta-amyloid aggregation in the brain.

The researchers experimented with different types and quantities of SSRIs in the laboratory, aiming to establish which types and dosages might help people with dementia.

Prof. Nekkar Rao and colleagues found that fluoxetine and paroxetine had the most promising effect, as they inhibited the growth of amyloid-beta plaque by 74.8 percent and 76 percent respectively.

The researchers hope that their current findings — using drugs that have already gained approval from the United States Food and Drug Administration (FDA) — may pave the way to a more effective, safe, and readily available treatment for Alzheimer’s disease.

“Our results can also inform future drug development. The chemical structure of SSRIs presents a type of blueprint for how to develop a medication that will prevent beta-amyloid aggregation.”

“We can explore developing new drugs based on that model to treat Alzheimer’s,” says Prof. Nekkar Rao.

Still, the scientists note that further research is needed to confirm these benefits before healthcare practitioners can recommend SSRIs for the treatment of dementia.