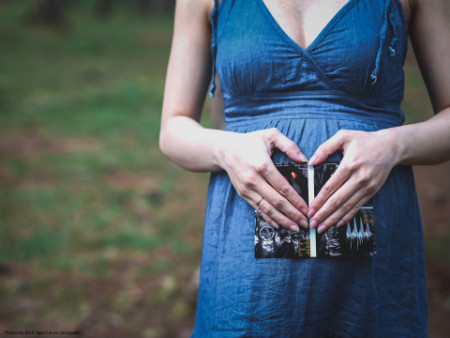 This is another situation where the headlines don’t really tell us the full story:  Benzodiazepine Use Linked to Risk for Ectopic Pregnancy. (But at least it prompted me to read the original article in its entirety.)

According to a recent study, risk for ectopic pregnancy may be elevated among women taking benzodiazepines before conception.  Using data from a U.S. commercial insurance claims database, researchers examined a total of 1,691,366 pregnancies.

Among women who filled a prescription for a benzodiazepine in the 90 days prior to conception, the adjusted risk ratio for having an ectopic pregnancy was 1.47 relative to women without benzodiazepine prescriptions before conception (95% CI 1.32 to 1.63).  While this finding is statistically significant, the magnitude of the increase is small, and we should be careful in interpreting the data.

In these studies, it is important to consider confounding by indication — why the patient is taking a particular medication in the first place — because the underlying clinical indications for using a medication may also affect risk.  When the researchers controlled for this potential confounder, the relative risk of ectopic pregnancy  was lower: 1.34 (95% CI 1.18 to 1.53) for women with an anxiety disorder diagnosis and 1.28 (95% CI 0.99 to 1.68) for women with an insomnia diagnosis.  Given the attenuation of risk when limiting the cohort to women with specific indications for benzodiazepine use, it is likely that at least some of the observed association between benzodiazepine use and ectopic pregnancy could be explained by the underlying conduction and are not the result of exposure to a benzodiazepine.

It is also important to note that women who filled BZD prescriptions differed from women who did not fill prescriptions across several important demographic variables.  Women using BZDs were more likely to have a history of pelvic infection (0.91% vs. 0.36%) and to be smokers (8.07% vs. 1.60%).  They were also more likely to have an IUD, history of  sexually transmitted infection, and to use artificial reproductive technology.  All of these factors have been associated with increased risk for ectopic pregnancy.  Although the authors attempted to control for these potential confounding variables, it is possible that there are other confounders which have not been identified or measured.  For example, the current study did not include any data on alcohol use, which is also a risk factor for ectopic pregnancy.

This is the first (and only) study to look at risk of ectopic pregnancy in women taking benzodiazepines.  While ectopic pregnancies are more likely to occur in women with certain risk factors — pelvic infections, use of reproductive technology, intrauterine devices, smoking and increased age — half of ectopic pregnancies occur in women with no known risk factors.  The authors speculate that benzodiazepines could impact passage of the egg through the fallopian tube by promoting relaxation of smooth muscles and by directly modulating GABA receptors in the fallopian tube.

However, based on the findings of the current study, it is unlikely that use of benzodiazepines is a major risk factor for risk of ectopic pregnancy.

While the current study demonstrates a small but statistically significant increase in risk of ectopic pregnancy among women using benzodiazepines in the 90 days prior to conception, it is likely that at least some of the observed association between benzodiazepine use and ectopic pregnancy could be explained by the underlying conduction.