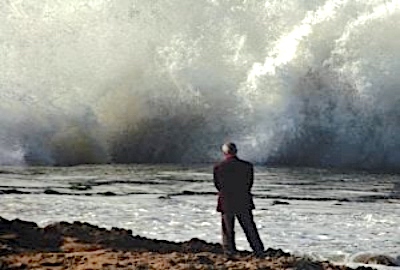 At this point, the Food and Drug Administration could grant emergency-use authorization. In other words, the two vaccines could hinge on the combined results of 64 people.

If — or perhaps when — positive early results from these trials are announced, keep my warnings in mind. These protocols seem designed to get a drug on the market sooner rather than later, on a timeline arguably based more on politics than public health. The lives of millions are at risk; we can and should demand better.

That was about vaccine trials.  How about an attempt to rush into use a drug tested in just 21 people?

EndPoints News, founded by biotech journalist-analyst John Carroll, reports that a small biotech company is asking the FDA for emergency use authorization (EUA) for its drug, aviptadil, based on the results of just 21 people.

University of Minnesota virologist David Boulware emailed EndPoints News: “Their reported results are very good but not earth shattering.  Without a randomized control group, what the true actual effect is unknown. If highly effective, then a small randomized clinical trial should be able to quickly confirm these initial results.”

The story notes, “The only other company to discuss their intention to file for an EUA, Eli Lilly, did so after results came back from a randomized control study testing their antibody in over 450 patients.”

I’ve been meaning to write about news coverage of that Lilly announcement from last week.

Carroll of Endpoints News wrote about that Lilly antibody drug, “Analysts are quick to pan Eli Lilly’s buzzing first cut of positive clinical data for its COVID-19 antibody.”  He described the scope of one reported outcome as “tiny.”

But, you see, these Lilly results were not published in a journal.  They were announced in a company PR news release.  And many journalists reporting on such announcements do not have the specialization or experience of someone like Carroll or his website.

Predictably, there was a broad spectrum in the quality of news coverage of this PR announcement.

A good example of what to include

A bad example showing what was excluded

Focusing on speed dumps us into the political arena, in which it was reported that:

President Trump said a plan by the Food and Drug Administration to issue tough new standards for emergency approval of a coronavirus vaccine “sounds like a political move” and warned that the White House might reject it.

History is being made.  How will we look back on these days a year from now?