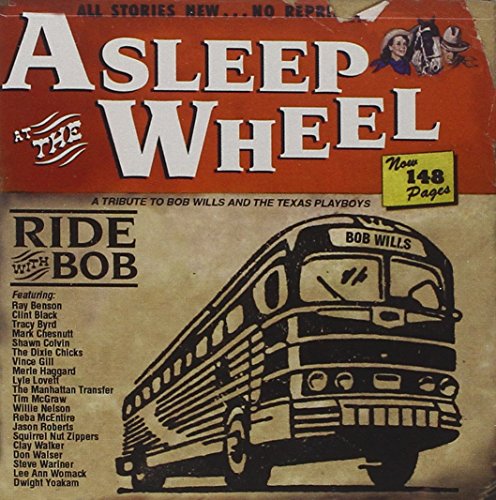 CDRide with Bob is the new and improved sequel to Asleep at the Wheel’s star-studded 1993 effort, Tribute to the Music of Bob Wills & the Texas Playboys. The playing behind the high-profile guest vocalists is hotter and looser this time, with plenty of solo space and the Wheel’s Ray Benson assuming Wills’s jovial ringleader role. Merle Haggard delivers a wild falsetto version of “St. Louis Blues” backed by the Squirrel Nut Zippers’ horns, and Willie Nelson steps out with the Manhattan Transfer on “Going Away Party.” Steve Wariner and Vince Gill trade fluid guitar licks on “Bob’s Breakdown,” Lyle Lovett and Shawn Colvin share a mic on “Faded Love,” and the Dixie Chicks romp through “Roly Poly.” All of Asleep at the Wheel’s recordings have been tributes to Wills’s Western-swing legacy in one way or another, but this is as close as they’ve come to distilling the timeless essence of the sound. –Rick Mitchell